Information about the land, mineral and water resources of the Granite State. 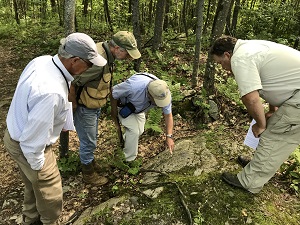 New Hampshire’s identity as the “Granite State” dates back to the early 1800s, even before the First Geological Survey was authorized by the New Hampshire state legislature in 1839.

Although the nickname is well-deserved given the widespread occurrence of granite bedrock and early importance of granite quarries as local, then commercial, sources of building stone, it fails to convey the true complexity of the geology that is found here. The rocks of New Hampshire record over 625 million years of earth history.

The earliest geological surveys of New Hampshire were focused on discovering and documenting resources of economic importance to the industries and agriculture of the day. Deposits of iron ore, “plumbago” (graphite), copper, clay for brickmaking, pure silica sands for glassmaking, and even gold were targets for early mining operations. Although the heyday of hard rock mining in New Hampshire has long past, glacial sand and gravel deposits continue to be an economically important commodity, not only as raw material in the construction industry, but also as aquifers supplying large quantities of groundwater for a range of vital uses.

Geology has a major role to play in determining where groundwater resources are most likely to be found and how they are being replenished. Water quality, including the presence or absence of naturally occurring contaminants such as arsenic, radon and uranium, is very much influenced by the geologic materials in which groundwater is stored and through which it flows.

Because a large portion of water flowing in New Hampshire’s rivers and streams during the summer months and during droughts originates as groundwater, modern geologic mapping has a very strong connection with water resources management. Flooding, another extreme hydrologic event, is also a response to the land surface form (topography) and its underlying geology. Geology is everywhere.

The New Hampshire Geological Survey (NHGS) serves its mission to provide the public with accurate and useful information about the land, mineral and water resources in the state while also mapping the state, maintaining water well database, assessing hazards and preserving New Hampshire’s rich history of mining, geologic mapping and research, and landscape change. If you have a question about the land, mineral, or water resources of the Granite State, contact NHGS.

NHGS respects and values the contributions of its predecessors and all the geologists who have helped to tell the geologic story of the Granite State. Thanks to support from the National Geological and Geophysical Data Preservation Program, a USGS matching grant program, we have been able to catalog and preserve for posterity important collections of samples and data representing the rich legacy of geologic investigations. If you are interested in our collection, please contact us at geology@des.nh.gov with your inquiry.

Access many of our maps with the easy-to-use Map View search on USGS' National Map.

Good decision-making requires good data. Good data requires good science. NHGS is committed to collecting and sharing data that meet both of these standards for relevance and accuracy. Our stakeholders demand nothing less. These objectives are always at the forefront, whether we are mapping or maintaining a database. Therefore, NHGS strives to produce highly accurate spatial data in all its mapping efforts. We strongly believe in the power GIS to help solve real-world problems. 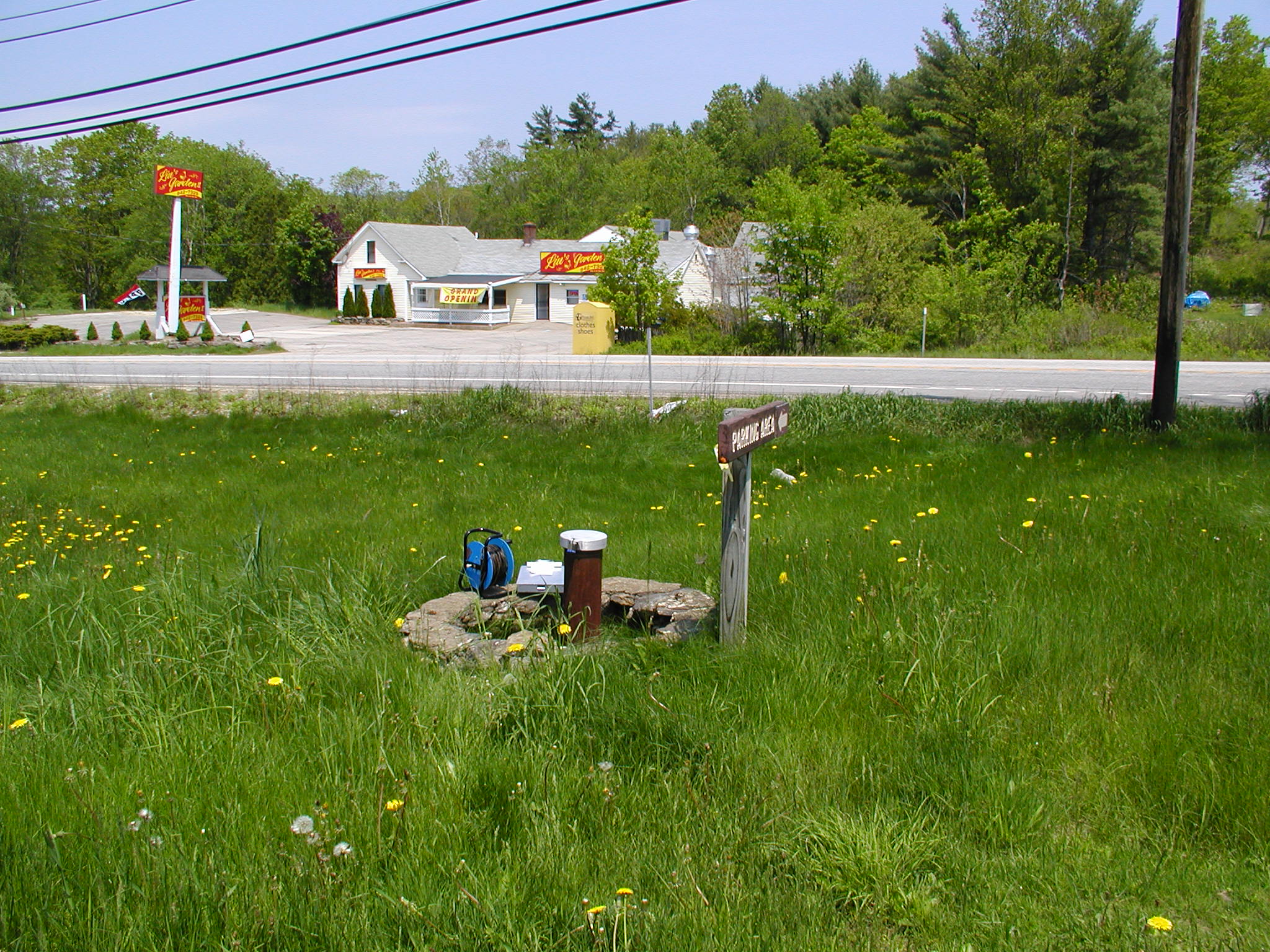 Recording water levels in a network of wells

Tracking and monitoring groundwater in New Hampshire is an important part of the work of NHGS. Groundwater levels in a statewide network of wells (20 in overburden and 11 in bedrock) are monitored year-round, with the assistance of cooperating partners and trained citizen volunteers. Some of the wells have been monitored for decades. Read the monthly Groundwater Level Monitoring report, or go to the Data and Mapping page for more information on the National Hydrography, and Watershed Boundary Datasets. 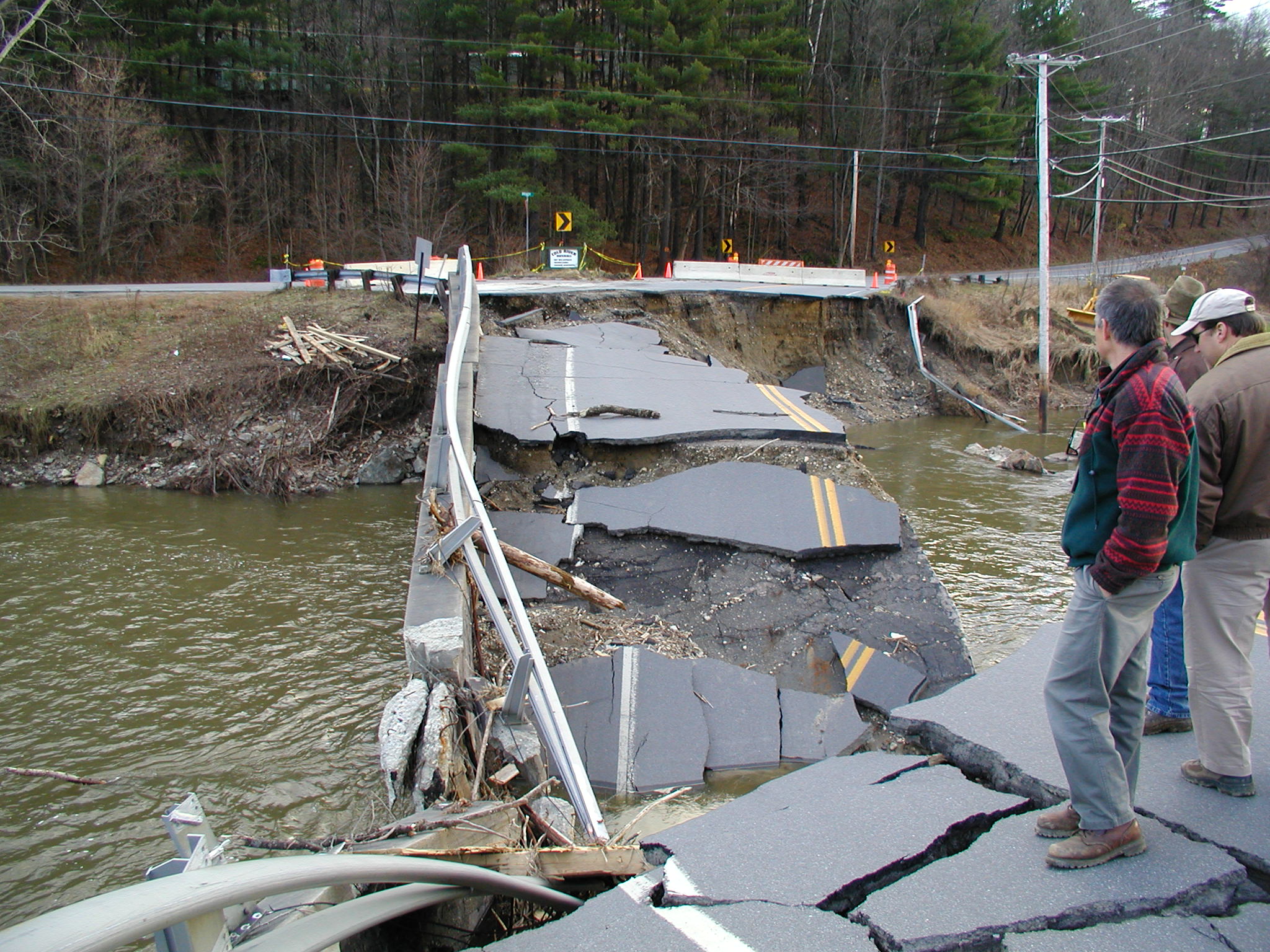 The condition of New Hampshire’s groundwater, rivers and streams, and the locations of flood hazards are strongly linked to the underlying geology and earth surface processes in a watershed. NHGS applies its expertise in the earth sciences and GIS to support NHDES and state agency programs, such as the Stream Crossings Initiative, that improve groundwater resources, reduce long-term flood risks, and protect public safety.

Data submissions of non-emergency flood events and historical flood impacts help create an understanding of when and where flooding may occur in the future.

Use Light Detection and Ranging (LiDAR) coverage of New Hampshire to help us map stone walls that aren't visible in normal photographs! 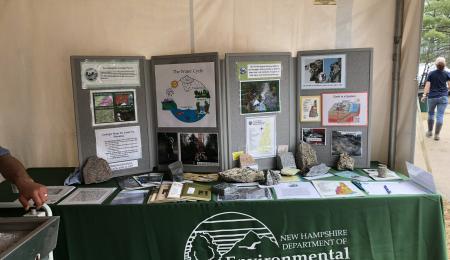 NHGS hosts or participates in several educational opportunities for the general public and professionals, such as field trips and lectures. Other resources and events include: