Energy consumption for power generation, direct use and transportation remain the largest sources of air pollution emissions in the state.

The modern global economy requires a considerable amount of energy in order to meet the needs for appliance, heating and cooling, and transportation. The environmental and economic impacts of energy use are significant. Throughout New Hampshire, the nation, and the world, reliably meeting energy demands with affordable energy, while minimizing the impacts to public and environmental health is an ongoing challenge. Energy use – specifically the burning of fossil fuels for electricity, transportation, and heating and cooling – accounts for the vast majority of air pollution and greenhouse gas (GHG) emissions.

The United States economy consumes more energy than almost any other country, with the exception of China. When viewed on a per capita basis, the US is the largest consumer of energy in the world. According to the US Department of Energy’s Energy Information Administration, the U.S. average per capita energy consumption in 2018 was 309 million British thermal units (BTUs). For a similar time period, New Hampshire’s consumption per capita was 235 million BTUs, ranking New Hampshire 41st compared to other states in the nation. This ranking is not for household energy consumption, but instead accounts each state’s total energy consumption inclusive of intensive manufacturing that New Hampshire does not have.

New Hampshire’s total energy consumption has fallen from a peak of nearly 450 trillion BTUs (TBTUs) to nearly 370 TBTUs in 2017. This change is due to a significant transformation in the electric sector as coal and oil fired generation was replaced largely by more efficient natural gas-fired power generation and due to energy efficiency that reduced overall demand for electricity. More moderate reductions in energy were seen in the transportation sector and for use for direct energy use in buildings. 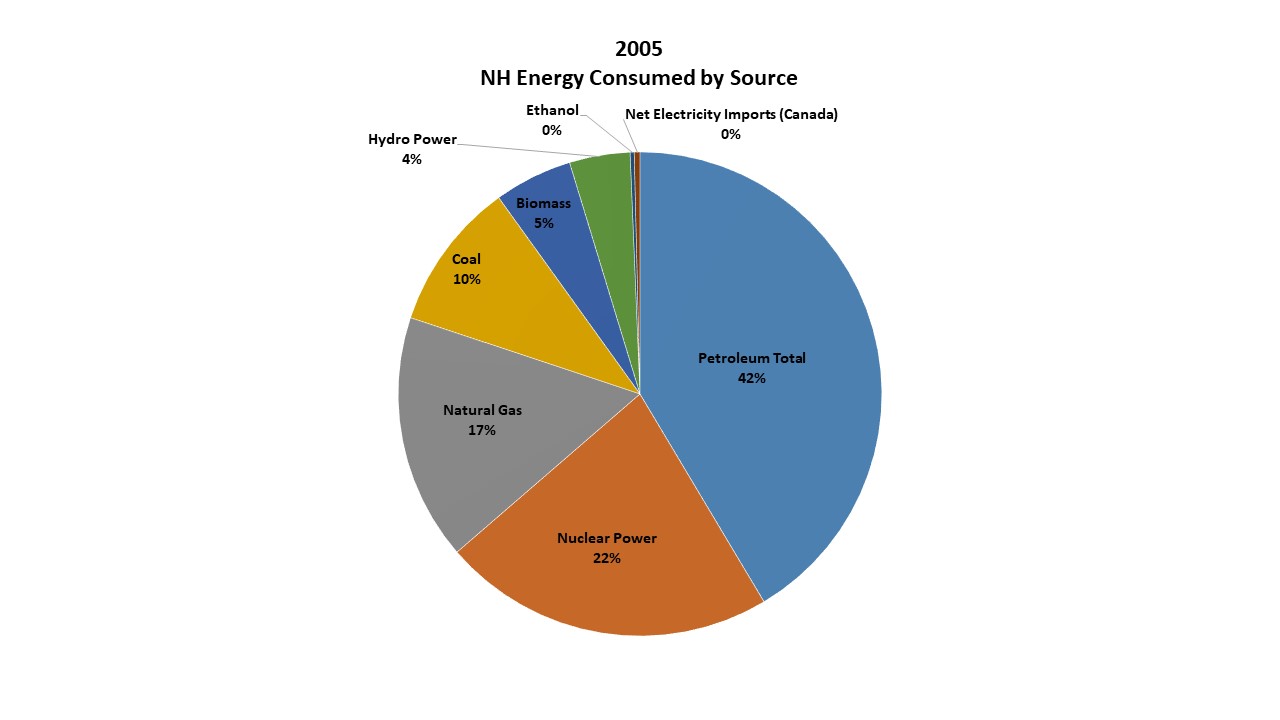 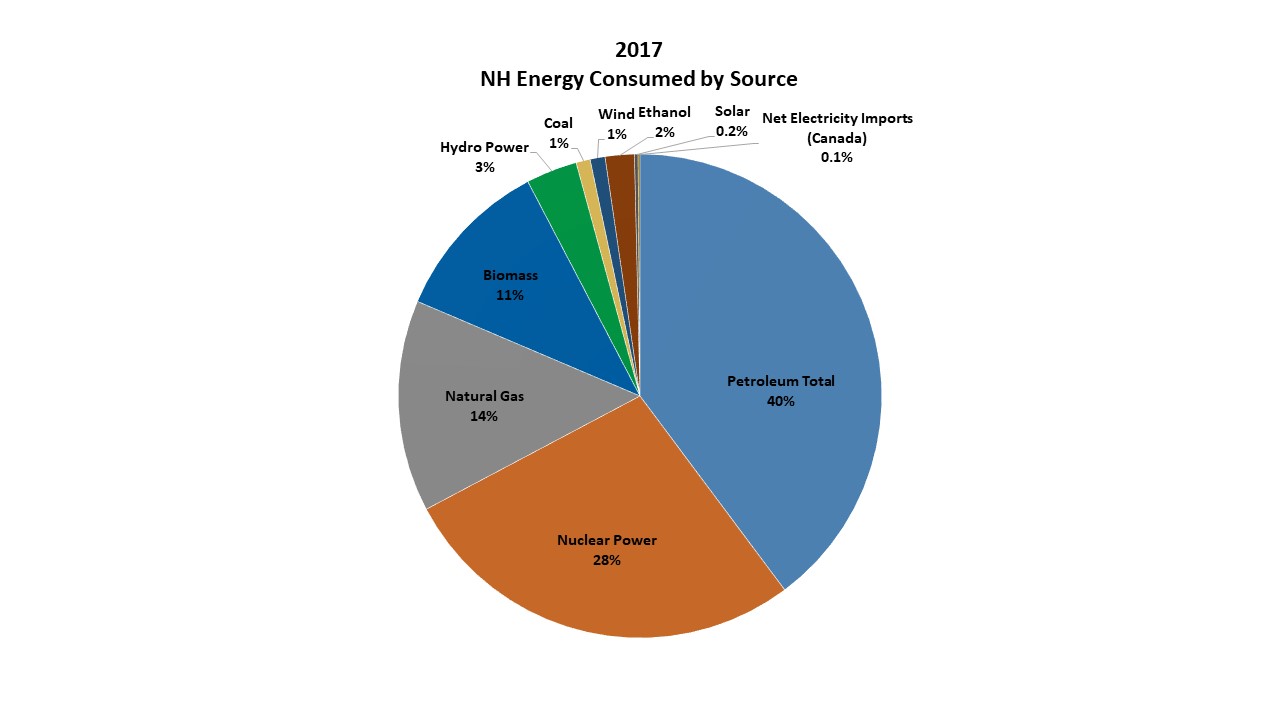 The state is engaged in ongoing efforts to support the expansion of energy efficiency (EE) to reduce energy use further as well as support renewable energy (RE) projects to increase the supply of local clean energy supply. The impact of EE and RE is reduced emissions that directly support the protection of public and environmental health.

Energy conservation and efficiency measures, coupled with renewable energy sources, are among the most effective measures for reducing air pollution.

Read the "Report on Greenhouse Gas Emissions, and Infrastructure and Supply Chain Opportunities as it Relates to the Deployment of Offshore Wind in the Gulf of Maine" published by New Hampshire Departments of Energy, Environmental Services and Economic Affairs.

A Renewable Portfolio Standard (RPS) is a policy designed to influence the development of renewable resources and technologies. New Hampshire’s RPS policy was signed into law in May 2007.

New Hampshire and nine other states are participating in the Regional Greenhouse Gas Initiative (RGGI), a regional effort to implement a flexible, market-based program to reduce carbon dioxide emissions.

While energy conservation and energy efficiency play an important role reducing the total amount of energy consumed by our economy, other programs in the state have been developed to support the transition to lower-emitting energy sources.

There are several more state partnerships and initiatives established to meet the state’s energy goals: