Air quality modeling uses computer programs, or models, to simulate the flow of air pollution in the atmosphere. 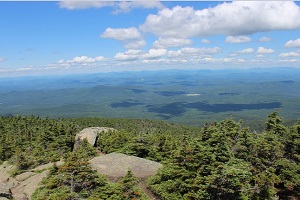 Air quality modeling uses computer programs, or models, to simulate the flow of air pollution in the atmosphere and to predict the air pollution concentrations locally and regionally to ensure compliance with health standards and to evaluate environmental impacts. By utilizing mathematical equations that replicate weather patterns and characteristics of the physical atmosphere, models are able to simulate the release and transport of air pollutants from their sources. Air quality models can also incorporate chemical reactions that occur in the atmosphere, as well as account for the effects of precipitation and the gravitational settling of airborne particles.

Using these methodologies, air quality models then produce an estimation of pollution concentrations or depositions at specific locations of concern.

NHDES has ready-to-use, pre-processed meteorological data files. There are eight sets of surface meteorological files representative of different areas. In addition, modeled criteria pollutant impacts are evaluated against the NAAQS by adding the background level to the modeled level and comparing the sum to the standard. The most recent 5-year meteorological data and monitored background values are available upon request. Please specify the areas in the state to be modeled.

How do I find an air permitting or modeling consultant?

While NHDES cannot provide recommendations, we do provide a list of consultants who have submitted air permit applications and/or modeling analyses within the past year. 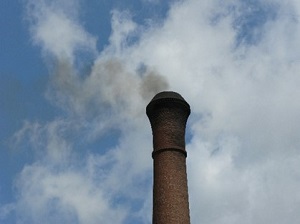 For certain new or modified air pollutant emission sources requiring an air permit under the Env-A 600, Statewide Permit System, a demonstration must be made that the impact from their emissions meets applicable ambient air quality standards. This demonstration is most often made using an air quality dispersion modeling analysis. Env-A 606, Air Pollution Dispersion Modeling Impact Analysis details the requirements for when an air quality dispersion modeling analysis is required for stationary sources. The modeling analysis may also be used to show compliance with the ambient air limits established in Env-A 1400, Regulated Toxic Air Pollutants (RTAPs). Both sections of the rules should be consulted to determine whether modeling is necessary for a particular source.

NHDES has developed a guidance document for performing air quality impact modeling in New Hampshire. This document was developed by NHDES to assist permit applicants, consultants, and other parties who are involved in stationary source permitting and air quality analysis. It outlines the accepted procedures for performing such analyses in New Hampshire and conforms with EPA modeling guidance as contained in 40 CFR 51, Appendix W Guideline on Air Quality Models, January 17, 2017.

Appendix W recommends AERMOD as the primary air pollution dispersion modeling tool for predicting air quality impacts for permitting purposes. The model and its associated processors are frequently updated, so applicants should regularly check EPA’s Support Center for Regulatory Atmospheric Modeling (SCRAM) website for the most recent versions and information. The most recent version of AERMOD (or any other model or processor) must be used for modeling in New Hampshire (with exceptions for grace periods, if applicable). For all modeling applications in New Hampshire, AERMOD should be run in regulatory default mode and with the rural dispersion option. Although NHDES encourages the use of AERMOD, the screening version of the model, known as AERSCREEN, may also be used.

To expedite the permitting process and ensure that modeling analyses are performed in accordance with Appendix W and the NHDES guidance document, NHDES requires the submittal of a modeling protocol. The protocol should document the input parameters, models, and assumptions that will be used in the analysis. A more detailed modeling protocol is required for more complex PSD projects and projects proposing to use alternative methodologies. Applicants submitting analyses for PSD sources should contact NHDES for the specific modeling protocol requirements.

The submittal of electronic modeling files along with the modeling protocol can greatly assist NHDES with its review and can help expedite the protocol review process. Electronic modeling files submitted during this stage can be considered preliminary or draft, but their submittal can uncover errors or inaccurate assumptions during the early phases of a project rather than later.

Unlike permit modeling, which focuses on local air quality surrounding a specific emissions source of interest, regional air modeling simulations are performed to simulate very broad geographic locations such as the eastern United States or even the continental United States. And also unlike permit modeling, which addresses impacts from a single emissions source or a handful of emissions sources, regional modeling simulations incorporate emissions estimates from all emissions source categories, including point sources, mobile sources, area sources and biogenic sources. Regional models incorporate complex chemistry, so they are able to simulate chemically reactive pollutants such as ozone and secondarily-formed fine particulate matter. They can also simulate other atmospheric phenomena such as regional haze formation. Regional models can be used to assess the effectiveness of broad national or regional air quality control programs, and the results of regional air modeling simulations are an important component of state implementation plans (SIPs) for the control of ozone, fine particulate matter, and regional haze.