Facilities must demonstrate that their toxic air pollutant emissions are in compliance with the state air toxics rule. 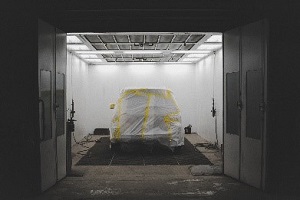 How are people exposed to hazardous air pollutants?

People are exposed to toxic air pollutants in many ways that can pose health risks, such as by:

What is Being Done to Reduce Hazardous Air Pollutants from Industrial Sources?

NESHAPs and MACT Standards: The first National Emission Standards for Hazardous Air Pollutants (NESHAPs) were originally required by the 1970 Clean Air Act (CAA). These standards were developed for sources and source categories that were determined to pose adverse risk to human health by the emission of HAPs. The EPA Administrator was directed to set the standard "at the level which in his judgment provides an ample margin of safety to protect the public health from such hazardous air pollutants." These risk-based NESHAPs are located in 40 CFR 61.

The 1990 Clean Air Act Amendments (CAAA) required EPA to regulate HAPs from large industrial facilities using both a technology-based and risk-based approach. In the technology-based approach, EPA develops maximum achievable control technology (MACT) standards for industry groups based on the emission levels that are already being achieved by the controlled and low-emitting sources in an industry group. Within 8 years of EPA setting MACT standards, EPA assesses the remaining health risks from each source category to determine whether the MACT standards are protective of public health with an ample safety margin and protective against adverse environmental effects. In this risk-based phase, EPA must determine whether more health-protective standards are necessary. Also every 8 years after setting the MACT standards, the CAA requires that EPA review and revise the MACT standards, if necessary, to account for improvements in air pollution controls and/or prevention. Since 1990, EPA has issued MACT standards located in 40 CFR 63 for more than 174 source categories.

Air Toxics Compliance: Pursuant to the state’s Air Toxic Control Act and Env-A 1400, NHDES protects public health and the environment by establishing ambient air limits (AALs) and requiring businesses in the state to reduce their emissions of any of the regulated toxic air pollutants (RTAPs), such that they do not impact the downwind air quality at levels that may exceed the established AALs. Any business or industry in New Hampshire that emits a RTAP into the air is required to conduct an Air Toxics Compliance Demonstration to determine its compliance with NH’s air toxics rule, Env-A 1400. The business should confirm its compliance annually and retain documentation of a review of the facility’s RTAP emissions. Sources have several allowed methods for demonstrating compliance, including air dispersion modeling analysis, a de minimis (minimal) emission level method, an in-stack concentration method, or an NHDES-approved alternative method. Sources should evaluate these options to determine which is most appropriate for their application. When a source cannot demonstrate compliance with the requirements using one of these methods, it should contact NHDES regarding applicable permitting obligations.

Changes to Env-A 1400, Regulated Toxic Air Pollutants were most recently adopted on February 3, 2022. Sources subject to the air toxics rule have 90 days from adoption of the most recent updates to evaluate their compliance status and demonstrate that their emissions comply with the revised rule or they have to submit a compliance plan and permit application in accordance with Env-A 1406 by May 3, 2022. For any questions pertaining to the applicability of the rule to your specific situation and necessary permitting as a result, please direct your questions to Barbara Dorfschmidt at Barbara.D.Dorfschmidt@des.nh.gov.

NHDES has developed an Env-A 1400 Compliance Determination Flow Chart, which provides guidance in a step-by-step process of how to demonstrate compliance with the AALs for the RTAPS you emit and a searchable excel spreadsheet listing the RTAPs with their established AALs. 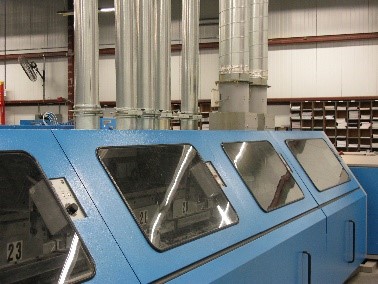