Automobiles manufactured since the mid-1990s are equipped with systems that help identify problems associated with the computerized engine components. Known as on-board diagnostics, or OBD systems, they are made up of sensors that communicate data to the vehicle’s computer. These systems monitor the vehicle’s exhaust and pollution control devices to ensure that they are operating properly.

How the OBD System Works 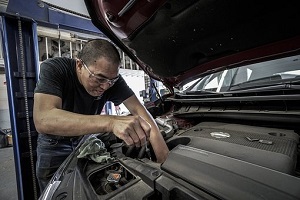 OBD systems provide owners with an early warning of vehicle malfunctions that can increase emissions, often before the driver is aware of them. When the OBD system detects a problem, a dashboard "Check Engine" or "Service Engine Soon" light (also known as a Malfunction Indicator Light or MIL) is illuminated. A corresponding diagnostic trouble code is sent to the computer's memory indicating which emission control component is experiencing the problem, and under what driving conditions. When the vehicle is taken in for service, a repair technician retrieves the code information using a scan tool which allows him or her to accurately diagnose the problem.

OBD systems not only protect the environment, they also help consumers by identifying minor problems before they become major repair bills. For example, by detecting a relatively inexpensive repair like the replacement of a bad oxygen sensor, an owner can save the cost of replacing the catalytic converter later. OBD can also help save fuel and money by making sure gasoline isn't wasted as a result of a loose gas cap or incomplete combustion. 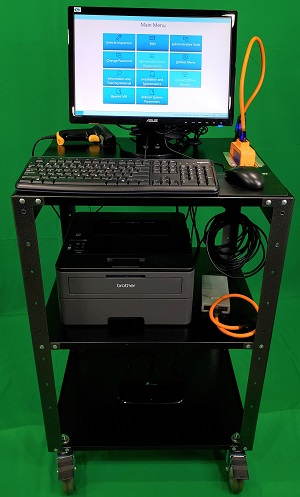 Since 2005, New Hampshire's annual vehicle safety inspection has included a scan of the OBD system on passenger cars and light duty trucks less than 20 model years old. This statewide system enables inspection stations to perform OBD testing in conjunction with vehicle safety inspections and electronically collect and report the results to the New Hampshire Division of Motor Vehicles. The fully automated system (called the New Hampshire OBD and Safety Testing Program) helps ensure that all vehicle inspections are performed properly and fairly, reducing paperwork for the inspection stations.

An OBD system scan adds less than five minutes to the inspection time. If a vehicle fails this portion of the inspection, the owner will be issued a report that documents the reason for the failure. The owner then has 60 days to have the vehicle repaired and retested. Vehicles may be inspected and OBD tested at any state licensed inspection station or authorized New Hampshire automobile dealer. Read more about the OBD program.

NHDES provides an annual report to the EPA concerning the status of the state OBD program. To access prior reports, reach out to the contact listed at the bottom of this webpage.