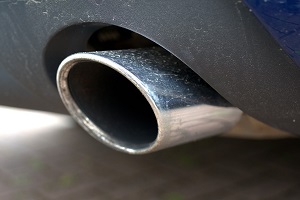 On January 4, 2016, the federal government filed a complaint against Volkswagen alleging violations of the Clean Air Act. The complaint alleged that approximately 580,000 model year 2009 to 2016 diesel vehicles manufactured by Volkswagen Group of America Inc., Volkswagen AG, Volkswagen Audi AG, Porsche AG and Porsche Cars North America contained “defeat devices” in the form of computer software designed to cheat on federal emissions tests. This enabled the vehicles to emit levels of oxides of nitrogen (NOx) as high as 40 times the federal standard without detection by the vehicle’s On Board Diagnostic system, a system that numerous states, including New Hampshire, rely upon to detect and require repairs on vehicles exceeding federal emission standards.

On October 2, 2017, the Department of Justice and Volkswagen signed a $15 billion settlement, a portion of which – $2.9 billion – is being held in an Environmental Mitigation Trust to be shared among Beneficiary U.S. states and tribes, based on the number of violating vehicles registered in each. New Hampshire was allocated a Trust share of $30,914,841. The purpose of the Mitigation Trust is to fund environmental mitigation projects to reduce emissions of NOx where the subject vehicles were, are or will be operated.

In 2017, Governor Sununu directed the former Office of Strategic Initiatives (OSI) to be New Hampshire’s Lead Agency in relation to the Environmental Mitigation Trust funds. OSI worked closely with NHDES to develop New Hampshire’s Beneficiary Mitigation Plan that lays out how New Hampshire plans to spend the portion of the Trust allocated to the State. NHDES was subsequently appointed as Lead Agency by the Governor in August 2021.

***Notice Effective April 6, 2022: In response to the VW Environmental Mitigation Trust Direct Current Fast Charging Infrastructure Request for Proposals (RFP), New Hampshire Department of Environmental Services (NHDES) received 30 application packets containing a total of 53 proposed EVSE deployment options. NHDES determined that 43 of these proposed options - representing 35 sites across 25 NH towns and cities - met the minimum qualifications of the RFP and were subsequently advanced to a scoring phase. These proposals are now being formally evaluated by a Scoring Committee comprised of representatives of the New Hampshire Departments of Energy, Transportation and Environmental Services.

***Notice Effective September 28, 2022: The ranking of the eligible projects can be found in the resource below titled "Ranking of Eligible Projects."

The State of New Hampshire is in need of publicly accessible electric vehicle (EV) charging infrastructure to enable EV travel to and within New Hampshire by our residents and visitors, and to encourage EV adoption in order to reduce harmful emissions. The goal of this RFP is to support the installation of Direct Current Fast Charging (DCFC) and co-located Level 2 electric vehicle supply equipment (EVSE) on key travel corridors in New Hampshire. The objective is to receive qualified proposals for the installation, operation, and maintenance of EVSE along the specified corridors.

October 13, 2021 - Notice Regarding VW DCFC RFP Questions and Extension of Proposal Due Date 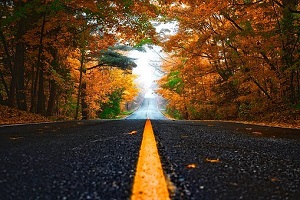 On January 29, 2018 Wilmington Trust, N.A. filed a Notice of Beneficiary Designation with the United States District Court for the Northern District of California, designating New Hampshire as a Beneficiary of the State Trust. Visit the Volkswagen Diesel Emissions Environmental Mitigation Trust website for more background information. New Hampshire’s Beneficiary Mitigation Plan lays out how New Hampshire plans to spend the almost $31 million allocated to the state. 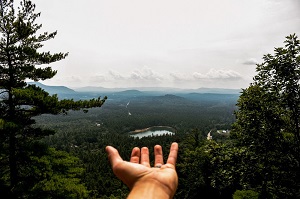 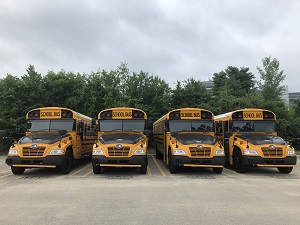 New Hampshire was allocated a Trust share of $30,914,841. The purpose of the Mitigation Trust is to fund environmental mitigation projects to reduce emissions of NOx where the subject vehicles were, are or will be operated. The following spreadsheet details VW Trust funded projects resulting from past funding opportunities, and the funds that have been committed or expended.